The final two days of the trip are covered  here.

“Outside the PCK Centennial Memorial Building with our brilliant guide, Rev. Sung-Eun Yun, Assistant Officer on Ecumenical Relations and Planning. Off to the Presbyterian University and Theological Seminary to meet some of the students – issues of gender justice and attitudes to other faiths as well as to explain what is the URC”

“An evening sightseeing- traditional dress (male and female hanbok), protest of pain and anger at the lack of information surrounding the 2014 Sewol ferry disaster, the statue of Admiral Yi Sun-Shin famed for his victories against the Japanese navy, Sejong the Great the inventor of Hangul script (Korean script), the Gwanghwamun Gate (the gate of becoming light), the Wednesday demonstration demanding Japan to redress the abuse of Comfort women…..”

“A day of seeing the work of the PCK and making connections with Rev. Jeong Kwon Lee, World Mission Department, Rev Oh Sang Yeol, Department Social Responsibility, Rev. Changbae Byun, Executive Secretary of Ecumenical Relations and Planning; a visit to the PCK archives to see some of the history of missionaries in Korea; off to PCK News to give an interview with Rev. Man Seo Park on the health of the church in the U.K., immigration and dialogue with Muslims; a meeting with the Moderator of the PCK, Rev. Dr. Sung Hee Lee and a welcome dinner with Rev. Changbae Byun. The hospitality is fantastic! Thank you!”

“Another full day of meetings where the theme has been reunification between a north and South: firstly at PROK (The Presbyterian Church in the Republic of Korea) with General Secretary Rev. Jae-cheon Lee and Rev. Catherine Christie to hear about their social justice action programmes particularly amongst migrant workers and women forced into the sex trade; then to hear about about the work of the 9 member churches of the National Council of Churches in Korea with its Moderator Rev. Lee Dong Chung, General Secretary Rev. Dr. Kim Young Ju and Director Shin and the proposal recommending a declaration of the end of the Korean War and the signing of a peace treaty adopted inApril 2016 and which goes beyond the existing stance of NCCK, which simply encourages the signing of a peace agreement; after another amazing Korean lunch it was off to the station to catch the train to Gwangju for a meeting with Senior pastors and their wives with an interesting conversation with the wives about their role in the Korean church. Gender justice issues are foremost in my thinking and praying.” 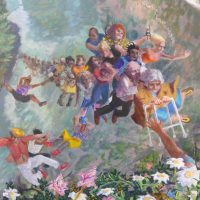 Update to the Staff Blog and Christian Art Gallery 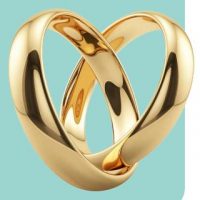 Guidance on registering your building for marriage of same-sex couples 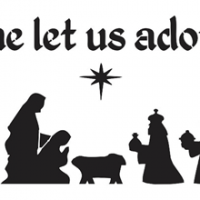 Christmas Message from Bridget and George 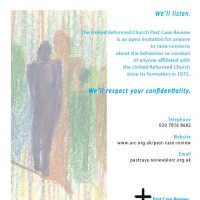