A message from the Synod Clerk

It is with the hope of resurrection to eternal life, yet with deep sorrow, that I inform you about the death of the Revd Peter Geoffrey Blake Barker. Peter passed away peacefully in his sleep in hospital, this morning (Friday 13th May 2016).

Peter has left his body to medical science. A thanksgiving service will be held at St Andrew’s URC, Northey Avenue, Cheam, SM2 7HF, at 2pm on the 3rd of June.

Peter was ordained as Minister of Word and Sacraments in Ghana by the Presbyterian Church of Ghana, in which he served from 1963 to 85. Upon his return to the UK, his ministry were at the following places:

Peter served in much wider areas than these listed and on many and varied committees and wrote books, several of them related to Ghana.

Until his demise and in his retirement, Peter was a member at St Andrew’s Cheam for around 20 years.

With regard to this life, Peter, I believe had passed through the best of his days. The escape from misery, pain and sorrow, and the admission to future happiness, is the only object which can engage a wise person’s wishes and endeavours. An escape from a life of suffering to a life of happiness and glory, is such a deliverance as leaves no room for the sorrow of survivors, unless they sorrow for themselves.

In Hebrews 13:7, it is written: “Remember your leaders, who spoke the word of God to you. Consider the outcome of their way of life and imitate their faith.” God has called a virtuous man to rest.

We bear Peter’s wife Laura, Andrew, his son and Helen, his daughter in our prayers.

Greetings in the name of our Ascended Lord. 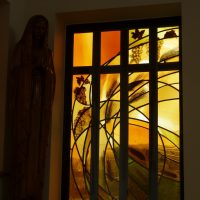 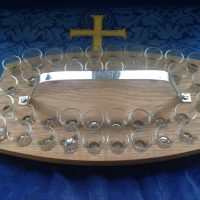 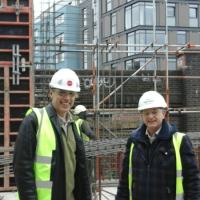