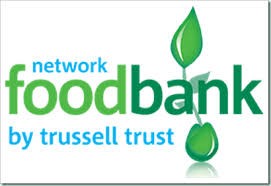 Take a look at the eye-watering statistics contained in the report given by The Money Charity  http://themoneycharity.org.uk/media/March-2016-Money-Statistics1.pdf that shows the extent to which individuals and households in The UK are indebted.

Consider the impact of welfare reform, whether that be the move to Universal Credit, changes in Personal Independents Payments (PIPs), the so-called Bedroom Tax, or a raft of other austerity measures that have been directed at those on the lowest incomes.

There were 3.7 million children living in poverty in the UK in 2013-14. That’s 28 per cent of children, or nine in a classroom of 30.  As a direct result of tax and benefit decisions made since 2010, the Institute for Fiscal Studies project the number of children in relative poverty will have risen to 4.3 million by 2020.

I think it is easy to answer the leading question does poverty exist in The UK with a resounding YES!  The Church has a role to play in mitigating the despair and hopelessness of the situation by offering compassion and hope.  The Joint Public Issues Team (JPIT) have offered a helpful report that will stimulate conversation and debate in the church and it can be downloaded from http://www.jointpublicissues.org.uk/wp-content/uploads/2013/05/Truth-And-Lies-Report-smaller.pdf

Why not start a Church and Society Group in your church to look at some of these issues?  The Synod Church and Society lead Peter Stevenson would be happy to help you get going and is waiting for your contact.  revdpete@btinternet.com