One idea for the Southern Synod website was to have pages created by staff and Officers about particular interests and hobbies, revealing perhaps a side of them you did not know about and getting to know them a bit better.  Not surprisingly there is some reluctance to start the ball rolling, so I’ve taken the plunge, and this is my page about my Playmobil hobby and the places it has taken me…

Vikings on the beach – from ‘The Green Man’ comic book

Playmobil is a children’s toy manufactured in Germany. It first appeared in the UK in the 1970’s as ‘Playpeople’, made under license by Marx and I had a modest boxful as a child.  On having my own family I discovered the toy again and was impressed by the technical advances, the level of detail and the themes it covered: there were knights but also medieval dancing bear sets and monks!

The discovery of an on-line forum made me aware that I was not the only adult attracted to the toy, and I discovered all the things that adults were doing with Playmobil, from customising figures, creating photo stories to playing war games and creating dioramas.  The toy is much more popular in its home country and neighbouring countries, with France being it’s second biggest market, and here there are regular conventions with huge dioramas and even world record breaking events. However, in our modest way in the UK we also started meeting up with fellow enthusiasts, sharing an unlikely passion. 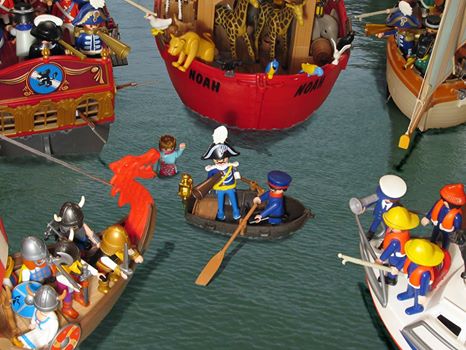 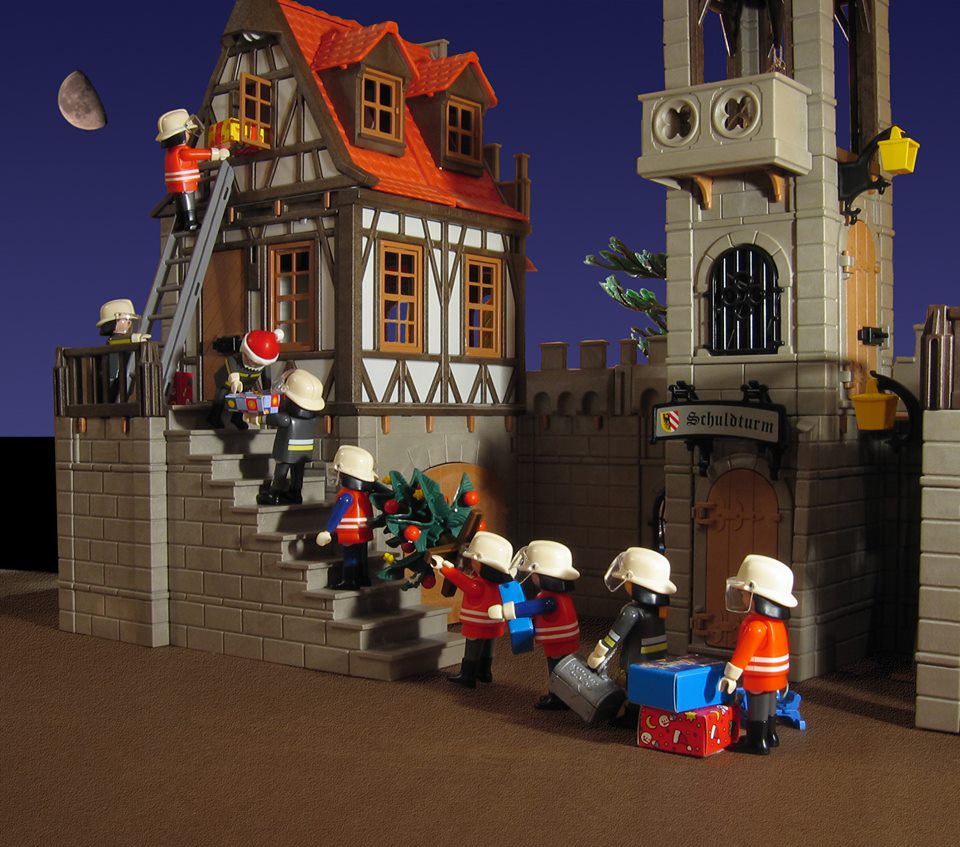 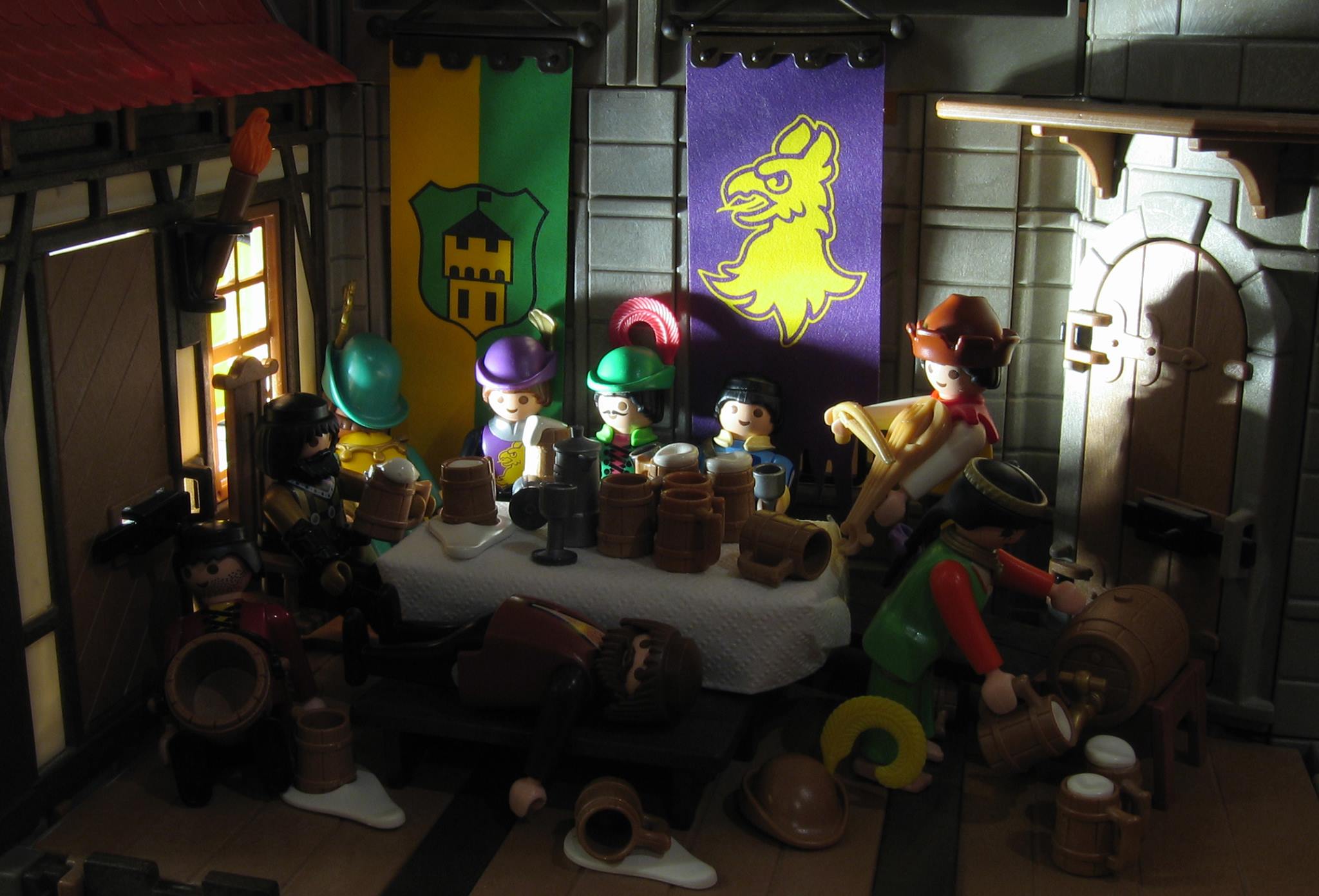 I also made a short photo story as a joke, but which was the beginnings – after having studied Literature at uni, that I could perhaps write my own stories. This brought together my interest in history, photography, model making and Tintin / Asterix style comic books, and lead to a five year project to produce a complete comic book. It even lead to my taking advantage of a voluntary early severance scheme to complete the book, whilst becoming primary carer for our relatively young children. 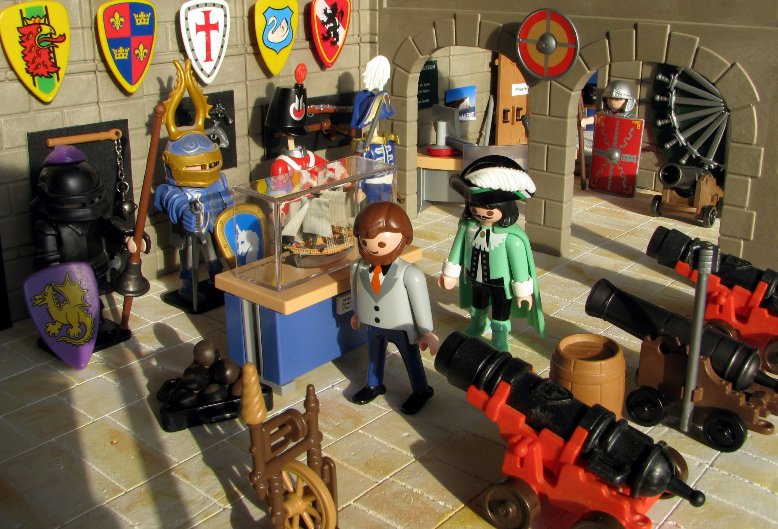 Thomas’ investigations lead him to the Culver Museum…

A career in comic book creation did not materialise, but I did complete the book and you can read it here:-

It’s also available in French, German and Spanish – and in Youtube chapters – with added music and sound effects.  The links can be found here on my website as well as lots more information about the book! 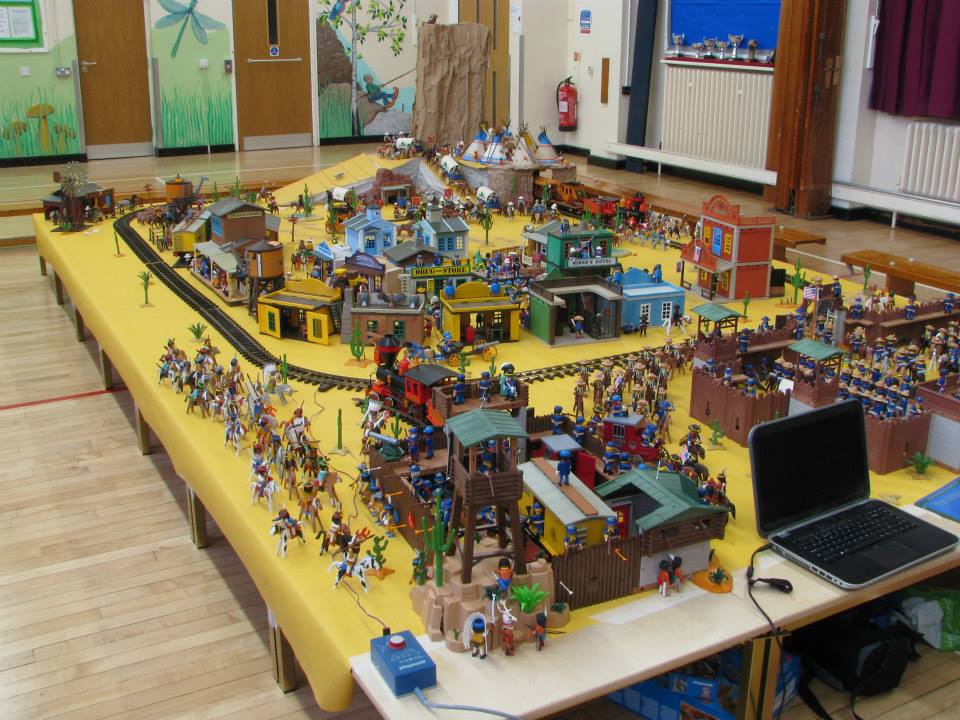 Since finishing the book I completed the draft for a second book, but as I was unlikely to get published I turned to simply writing, which is far easier to do in your spare time and far less disruptive and expensive!  However, I still keep my interest in Playmobil going. My collection has grown, and in 2014 I helped organise a small exhibition at a special needs primary school in Dudley, creating a 5 x 4m western diorama wth working train.  I also was successful in a competition to design a diorama for the 950th Anniversary of the Battle of Hastings, recreating the re-enactment and the scenes around Battle Abbey, rather than the actual event.  This is now looking very unlikely to materialise, and I can breathe a sigh of relief, although it may still be something I develop in the coming years.

Whilst sharing my story at a course at the Windermere Centre (they’d spotted some Playmobil I had found at a toy shop by the lake!) I was surprised to find two other people, who’s children had played with the toy who also had a love of Playmobil.  Perhaps more people in the URC are there to be converted 😉 Certainly my colleagues in the Office are keen for me to use my talents to help illustrate parts of the website 😀