The final programme and confrmation booking forms will be distributed shortly but expressions of interest may be e-mailed to Chris James at chrisjames56@btinternet.com.

2017 marks a very significant anniversary in non-conformism and URC Music proposes to mark the 500th anniversary of the Reformation with a very special ‘Bring and Sing’ event.

We have been invited by Revd David Bunney, former Minister at Hungerford, to join with local singers in a performance of Bach’s Cantata 180 chorales as well as arias for soloists and its performance will form the uplifting spiritual and musical core of our closing worship.

We are most fortunate to have attracted the help of Chris de Souza, a well’known and highly respected local choral director, who will lead rehearsal workshops.

However, we are seeking a competent organist from the membership who would be willing to accompany our performance. Hungerford church has a fine small pipe organ with a single manual (no pedals) – ‘an absolute gem’! Do please contact David Bunney directly if you can help – Tel: 01488 684644 holyrabbit@btinternet.com.

Our Music Day will give members a wonderful and exciting opportunity to learn, improve and perform a small and perfectly formed piece written by a composer who will need no introductions but who did so much to promote the cause of the reformed tradition.

Hungerford is an attractive town in west Berkshire with good road and rail connections with London, Oxford and Bristol. The United Reforemd Church was built in 1840, although non-conformist worship has been taking place here on the High Street since at least 1793.

Put the date of Music Day in your Diary and tell others about it!

Please do not be backward in coming forward if you would like to offer your services as organist. 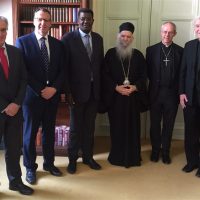 News from the Moderator 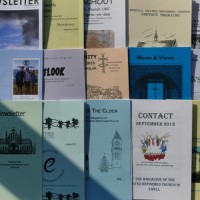 M.A.D. Training Day for Elders and other church members 8 April ’17 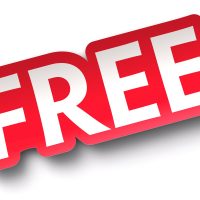