Kingston and New Malden in Surrey is home to one of the largest Korean communities in Europe. Kingston and New Malden URC serves them with Special Category Minister, the Revd Suk-In Lee. Kingston’s minister, the Revd Lesley Charlton, works alongside her South Korean colleague to encourage all the communities on their doorstep – and, as a result, she urges everyone not to judge a church by its postcode.

Lesley, who has been minister at Kingston for 20 years, explains: ‘Everyone thinks we’re in leafy, middle-class Surrey so what would we know about reaching those on the edge of society? The fact is that life’s a lot messier than that and a postal address never gives the full story. We have a foodbank which uses our town centre building on Fridays and Tuesdays, and it’s heaving with people. Surbiton Community Church runs the foodbank and we provide storage space and a welcome. There are hungry people here who need food because the cost of housing in this area is very expensive and many individuals fall through the cracks and need help.’

The needs demand support, and resources, from the church.

Lesley acknowledges: ‘Ours is a church which is always skint because we believe in giving a lot away and we also pay out to employ people. The lives of those in our congregation would be a lot easier if we just took more building lettings and increased our income that way! Then, we could just sit around doing nothing very much – but we don’t do that because we want stuff to happen and that costs money. We’ve got 19 rooms in the adjacent Richard Mayo Centre and the building is rented out almost all the time because we don’t just take the money to make our own lives easier; we take the money and use it. Thankfully, this church is full of risk-takers!

‘We also support a missionary from South Korea and, to develop that work further, we’re trying to find someone to help us with the North Koreans in our church family and wider community.’

Kingston URC is known for its work with the homeless in the borough. The complex, in the heart of the town, has a shower which people can use if they don’t have access to bathroom facilities; shower gel and a towel are also provided. It is an approach which has not gone unnoticed by local business; the John Lewis store in Kingston provided them with a washing machine which they use for the facility’s associated laundry. Lesley says: ‘There’s no doubt about it, God is good to us and we are richly blessed.’

A weekday café in the church’s foyer attracts many local residents, and rough-sleepers, to make the most of the teas and snacks on offer. The worlds collide in a way that speaks of God’s love and care for the marginalised. One Kingston resident reported being very impressed by the way in which the café staff, and visitors, responded to those less fortunate. Several times she had seen rough-sleepers sit and share the café space with its regulars, visitors, shoppers and locals; not once were they treated ‘differently’ or with any less respect. The resident was not a church-goer but she had been overwhelmed by the way in which the café reflected the Christian faith in action.

Kingston URC provides what it describes as a Sunday service ‘multiplex’ with a traditional service at 10am, an interactive service at 11.30 and a reflective service at 6.30pm. They also have a Messy Church and a Wednesday lunchtime service while also preparing to develop more of a web presence for online worship and prayer.

Lesley encourages the ‘multiplex’ comparison. ‘It’s about us providing the whole package. If I want to play some really contemporary material, such as singer songwriter Rag ‘n’ Bone Man (Rory Graham), at the beginning of one of our more informal services, I can! We are serving a very wide range of people and all that we do reflects that fact. The message is “don’t judge a church by its postcode.” This is not a suburban church, it’s an urban church and, with that, comes the opportunity to reach people of different backgrounds and ethnicities from around the world.

‘It can seem like the United Nations at times but, of course, we still have the white British people here too; still faithful, still giving their spiritual energy to all that we are and all that we do. We are forever grateful for them for their incredible support.’

Languages spoken by church members include Polish, Russian, Chinese, Taiwanese and Vietnamese – and Korean. In the 10am Sunday morning service, the preacher teaches in English but a translator speaks it in Korean through an earpiece. At least one hymn will be in Korean as well as in English.

Lesley says: ‘We’ve got to show welcome with our activities and the way in which we provide information and care because it’s often word of mouth that brings people in. The 10am service is the one which attracts most children and there is always one child who is North Korean. This is very much more familiar as “church” whereas the 11.30am service is very different; some people go there and they are all at sea because nothing happens in quite the same way and they think, ‘What’s going on here?’ The Sunday morning is very warm in heart and very spiritual; people may not understand the language but they can still feel it.’

Lesley says: ‘If you are a Christian and a Korean, there is a very good chance that that you are a Presbyterian; we knew we needed to be opening up our doors to help Koreans in the UK to worship amongst us. Suk-In Lee has helped us to do that because there are many, many Korean-speaking congregations but – for Koreans who wish to worship in English – there is not a lot of choice as to where they can go to do that.’

As international concerns continue to mount about North Korea’s nuclear capabilities and the consequences for South Korea of any military response in the region, Suk-In Lee says challenges also remain in Britain to accommodate North and South Korean sensibilities He says: ‘It is a very difficult situation because, traditionally, North and South Korea are enemies. Many North Koreans defect for political and personal reasons, coming first to China and then to South Korea. Some will stay there but others will come to UK for their children’s education and to join other family members. North Koreans join a British Church for their children and Sunday School is seen as very important.

‘Relationships between North and South Koreans in the Kingston and New Malden areas is still a little discriminatory; the pecking order tends to be South Korean, North Korean, Chinese Korean. It’s not quite a clear structure but when a North Korean is involved with a South Korean congregation in this area, they may be seen as “second class”. A North Korean’s life is very tough and if they come to this country for work and security, it is often very important for them to come to an English-speaking church because it is the only way for them to be in touch with main society but the language barrier and cultural differences are difficult. The Korean Church and British Church structures are also slightly different.’

Suk-In Lee is well aware of the cultures within a culture and he works tirelessly to help reach those who might not normally be reached. He explains: ‘Between North and South Koreans, the pain is very deep but some are trying to bridge the gap. In local society, the “link person” is very important. I think the speed with which North Koreans can integrate is faster than that of South Koreans. The South Koreans know that, generally, they can go back home if things don’t work out here but the North Koreans don’t have that option.

‘There are over 100 South Korean congregations in the local area, most of which are linked with the South Korean home Church. Independent, ecumenical work – or Churches Together – won’t work with this sort of backdrop and it is very hard to have a relationship between a British local church and a Korean congregation. That’s where Korean locals and British societies are still struggling.’

Lesley added: ‘You have to be so aware of cultural difference. The importance of place and where you are really matters in this context. We are part of Churches Together in Kingston and there are lots of “new churches” here. Generally we work well together but, in saying that, to get a good relationship with all of the Korean congregations and groups is not easy to do. The British Church gets very worried about losing its “sheep”.

Suk-In is a familiar figure out and about in Kingston and New Malden as he makes the Korean street food favourite, boen aeppang. Using what is believed to be one of the few boen aeppang machines in the UK, he makes the fish-shaped waffles filled with red bean paste and sells them to very appreciative crowds! Suk-In’s wife, He Jung, joins him and others to serve the keen customers.

There are musical ministries too. Suk-In says: ‘A strong orchestra has developed and, on the second Sunday, we put our two morning services together and have a choir. There are many people involved, including Seol Hee Kim (piano), So Jin Kim (cello), Ha Um Kim (cello), He Jung Kim (translator) and Liz Bartlett (musical advocate). We like to say that South Koreans and North Koreans make good harmony.’

Lesley is delighted that there are so many different people involved in the ministries there: ‘We are so blessed to have people who manage so many things so that I can just get on and lead. I really do appreciate how fortunate I am in that. If they weren’t doing it, I would have to do it and I would do it very badly!

‘It might seem like we do anything and everything here but there are loads of situations and places that Kingston URC doesn’t touch. I’ve learned that the critical thing is to be obedient and to do what the Lord requires of you.’ 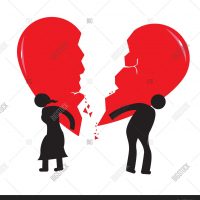 A Conference for Healing and Renewal 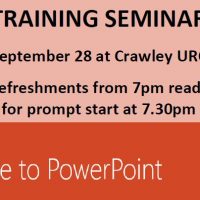 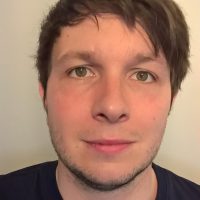 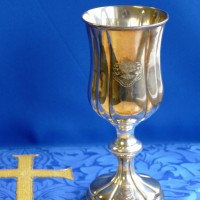