This Christian Aid Week, we are inviting people to come together to support the thousands of people in Haiti, who regularly experience some of the worst natural disasters on earth.

Today, more than 40 million people across the globe are forced from their homes, and yet remain within their own country.  They outnumber refugees, people who flee across an international border, two to one.

In countries like Haiti, where repeated natural disasters have resulted in thousands of people being forced to flee their homes, often not able to return for years.

Vilia was left homeless by the earthquake in 2010.  As she walked the streets following the disaster, she no longer recognised her home or neighbourhood, and was surrounded by falling wires and crumbling houses.  Devastatingly, she never found her mother.

Bereaved and homeless, for Vilia, her husband and their seven children, life became a struggle.  She didn’t even have a safe place to sleep.

Vilia is not alone.  Eight years after the devastating earthquake that hit the Haitian capital, Port-au-Prince, an estimated 38,000 people are still displaced.  Despite the resilience and strength of its inhabitants, the country has struggled to recover as they continue to face relentless earthquakes, storms and hurricanes, with many people living in precarious houses or in temporary shelter.

Hurricane Matthew, in November 2016, wreaked further havoc across the south of the country, destroying up to 90% of some areas.  Haiti narrowly escaped disaster when Hurricane Irma swept across the Caribbean in 2017, and it’s only a matter of time before the next hurricane strikes.  Each time a crisis hits, people lose their dwellings and livelihoods, making it increasingly hard for them to rebuild.

Our local partner, KORAL, helps local people prepare for disasters.  In the aftermath of the earthquake, they reached out to Vilia and built her and her family a new home, that was safe, stable and strong enough to stand up to natural disasters.

Ahead of Hurricane Matthew KORAL were able to warn local communities, helping evacuate around 5,000 families and saving many lives. In the immediate aftermath Christian Aid and KORAL distributed urgently-needed shelter kits, hygiene kits, food seeds and cash transfers. We also build disaster-resistant homes to give people safe, secure places to live. Of the dozens of new houses we built before the hurricane hit, only one lost its roof in the disaster.

And Vilia’s home was able to shelter 54 people over several days.

Yet, we have more houses to build for families, like Vilia’s, to provide them with a safe place to weather the next disaster.

Just £25 could buy a hygiene kit to prevent disease after a disaster; £5 could buy a jar of seeds so someone like Marcelin can grow beans to feed his family; and £210 could pay to train a local builder in Haiti to build a safe, secure home for families in need.

This Christian Aid Week, you can help to change the lives of people forced to lose or leave their homes due to disasters and conflict by donating online at www.caweek.org calling 08080 006 006, or texting ‘GIVE’ to 70040 to give £5. 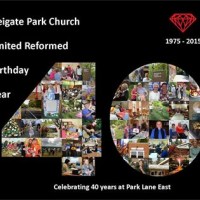 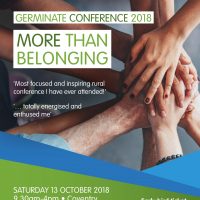 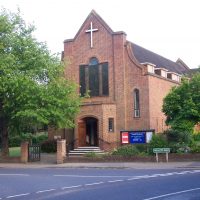 Papers are now available for Synod Together – 8th October 2016 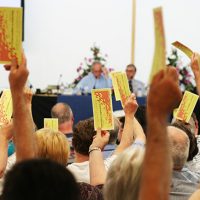 Have your say on the future of General Assembly 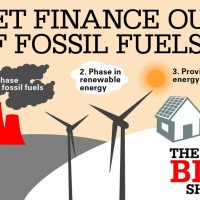