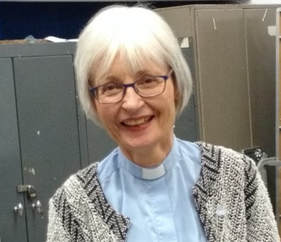 CHAPLAIN & ADVOCATE TO THE ELDERLY: The Revd Dr Janet Hopewell

My brief as Southern Synod Chaplain and Advocate for the Elderly is to promote the importance of spiritual care in later life.

The responsibilities of the post are split between Bognor Regis, West Sussex, with a higher than average demographic of retirees, and the mostly ageing congregations scattered in local churches throughout the Synod.

At Pagham URC we run a flourishing drop-in dementia-friendly café, which draws in the local community. Some guests come from the care homes in Bognor where I take services.

We are known as providing a welcoming and safe space for people with dementia.

Other sources of information

Age UK has helpful guides on many practical ways to support older people. Including tips on establishing a dementia cafe,

Music and the Lord’s Prayer can be routes into communication for those with dementia – and for many having grown up in the church brings back recollections that have been locked away.  Dementia Partnerships has several guides and articles on working with people with dementia